How To Remove Background From The Image In PowerPoint 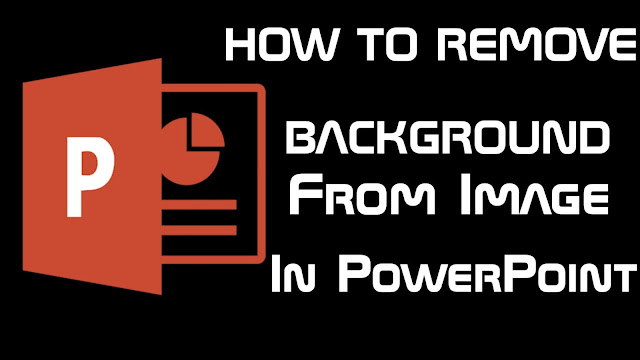 Hey, it’s Gamnest and I’m here to show you how to remove the background from an image or to make the background transparent in the latest version of PowerPoint and very quickly before Ijump into how to do this, I want to show you some examples of what’s background that’s been removed will look like.
In this first example, I have the silhouette of a face of a woman. You’ll notice that this picture is actually bigger than just the silhouette and that’s because it had a white background beneath it that I removed in order to have the gray background of the slide come through.
In this next example, I have man here and I removed the background behind the man and you can see if I go to reset the picture that this actually had quite a complex background behind him, but I was able to remove it in order to have the slide background appear through it. This next example is a similar situation with a woman you can see that the picture is actually a lot bigger andI’ve actually removed the background from her as well, and the same goes for this man here. Now to remove the background from a picture, you actually have two methods to do this in powerpoint. Number one with a set transparent color tool, and number two, with the remove background tool, keep in mind that neither option is available for vector graphic files such as svgs wms and DRWs. So if it’s not working for you, chances are you have one of those filetypes and you may want to consider switching over to jpegs or pngs. So let’s look at each of the two methods.

Method To Remove Background From Image

So in summary, while method number one is by far the fastest and most effective way to remove a background from your picture in powerpoint, it only works for a small percentage of the photos you’re likely going to be using in your presentations. So you want to make sure that you’re familiar with method number two, as you’ll most likely be using it often, and if that still doesn’t work, you’ll either need to look for a new picture that works better or consider going over to photoshop to get the job done. Also, if you’d like to make your picture fully transparent, instead of simply removing its background, you can check out our video on that here and just to give you an example of the kinds of cool slides you can create once you know how to remove a background. Here’s an example of a slide I quickly created in powerpoint with a removed background picture here was the original picture and here’s a picture with the background removed or actually faded out and the picture background added behind it. So now you can see the background coming through behind this picture and it’s a kind of a cool effect you can achieve here in powerpoint as always, for more helpful videos and resources for making, working in powerpoint, less time consuming and painful. Check out the links below in the description. Thanks for watching this Nuts and Bolts Training tutorial and I’ll see you at happy hour.